We are pleased to announce (and a bit tardy due to some vacations) that our contributing editor for our Speculative Issue will be Najia Khaled. Keep sending in your submissions until July 17th!

We are also excited two announce two new staff members, who are coming on board as additional readers!

Ben Walls graduated with a double BA in English and History from a small college in Hattiesburg, MS. He has written poetry and prose for many years, and has recently begun sending his work out for publication. He has been a reader and assistant to several MFA candidates. He is honored and excited to be trusted as a reader for Cahoodaloodaling. 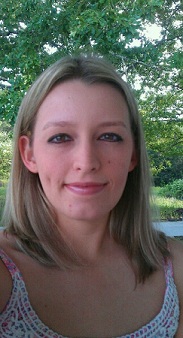 Rachel Nix grew up in the Deep South of Alabama, still residing a stone’s throw away from her childhood stomping grounds. Despite an irrational fear of frogs, she’s declared herself content with living in the boonies. She does, however, like taking road trips and seeing what hasn’t found the South just yet. On a more personal note, Rachel is poorly behaved and should fit in nicely here at cahoodaloodaling.

Oh and she’s been published at these fine places: A Sharp Piece of Awesome, Wordsmiths, The Legendary, cahoodaloodaling, and vox poetica.